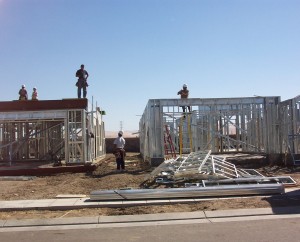 Goodwin Consulting Group has analyzed the fiscal impacts associated with new development projects, general plan updates, annexations, incorporations, and reorganizations. These analyses have been used to negotiate tax revenue sharing agreements, to determine the most efficient governance structure for new developments, and to analyze the impact of reallocating revenues from one public agency to another. GCG’s fiscal impact studies include: (i) comprehensive review and analysis of public agency budgets, (ii) detailed revenue and expense projections on an annual basis and at project buildout, and (iii) calculation of annual special taxes or upfront payments if it is determined that a funding alternative is needed to mitigate fiscal deficits. GCG produces a dynamic fiscal model that can be used to run sensitivity analyses associated with changes in land use, service standards, phasing, cost estimates, and other factors. 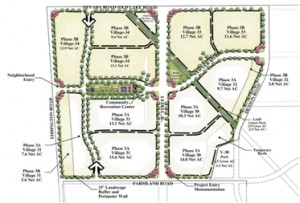 The Bellevue Ranch project is divided into an East component and a West component. Bellevue East consists of two planning areas that include approximately 900 single family and 400 multi-family units, as well as a commercial area. Bellevue West involves four planning areas with considerably more residential and commercial development. Different landowners and processing schedules for the East and West areas necessitated different CFDs, so two CFDs were formed to fund the specific infrastructure needs of each area. In addition, a CFD was created to fund citywide public safety and operations and maintenance costs, as well as project-specific landscape and storm drainage maintenance. All new development is required to annex into this services CFD. GCG developed the model that analyzed the City’s fiscal impacts and determined the required special tax rates. GCG currently administers all of these CFDs for the City.

GCG prepared an updated fiscal impact analysis that estimates the annual fiscal impacts to the City general fund resulting from each type of residential and non-residential land use category. In addition, GCG has gathered project-specific information for all of the various subdivisions being annexed into the services CFD and calculated the special tax rates that would be needed to mitigate the fiscal impacts to the general fund created by each development.

GCG also worked with the City to create a development impact profile model. GCG designed a spreadsheet-based template that is being used to estimate and monitor the all-inclusive City impacts of new development on a project-by-project basis. GCG performed an extensive review of City documents and collaborated with City staff in order to identify the types of impacts that a development project could generate, and to determine a concise format that could facilitate the analysis and documentation of those impacts. The first part of the project entailed preparing a beta-test version of the template, and the second phase of the project involved live testing, template modifications, City staff training, and model documentation.

Salida Annexation, City of Modesto and County of Stanislaus

Under contract with both the City and County, GCG evaluated the fiscal impacts of the Salida area assuming possible annexation into the City. The Salida area comprises approximately 1,000 acres of existing development and 3,400 acres of undeveloped land slated for future development. Fiscal revenue and expense standards were developed to reflect the historical average of the eight most recent operating budgets. Applying different tax-sharing allocations to existing development versus new development, and accounting for existing Community Facilities Districts, Landscaping and Lighting Districts, and County Service Areas, GCG determined the net fiscal impacts to the City, County, and Fire Authority. Fiscal impacts were presented separately for the developed and undeveloped areas, assuming that the Salida area either does or does not annex, which led to a matrix of fiscal impacts based on various annexation scenarios. 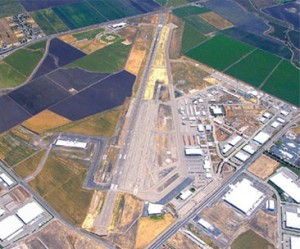 With 15 large development projects encompassing nearly 20,000 acres being proposed in Stockton, GCG worked closely with City staff to develop a set of policies, principles, and guidelines that applies to all new developments processed by the City. GCG also collaborated with City staff to establish standardized methodologies, templates, and a series of assumptions that can be applied to fiscal and financial studies conducted by other consultants on behalf of developer applicants to ease the City’s review process for each project. GCG coordinated with other financial consultants to finalize these documents, and then provided peer review services to the City for fiscal and financial studies prepared by developer’s consultants. GCG has also conducted a GPU fiscal and economic impacts analysis for the City, prepared multiple infrastructure financing plans, and studied the feasibility of, and formed, several CFDs.

GCG also assisted both the City of Stockton and County of San Joaquin to evaluate the fiscal impacts of various approaches to governing the Stockton Metropolitan Airport (SMA) area. Encompassing approximately 1,500 acres in unincorporated San Joaquin County and adjacent to the Stockton city limits, the SMA Special Purpose Plan Area (SPPA) proposes nearly seven million square feet of non-residential uses. GCG prepared a fiscal analysis that evaluated the impacts to the City, County, and local fire district related to future development within a portion of the SPPA, known as Air Park 599, as well as the entire SPPA under three scenarios: (i) annexation under normal conditions; (ii) annexation under a planned unit development approach wherein, although annexed, the County would continue to provide police/sheriff, fire, and road maintenance services to the area; and (iii) no annexation. GCG worked closely with City, County, and fire district staff to evaluate which revenues and expenses would be impacted by new development under each scenario. The fiscal impact analysis resulted in a set of preliminary property tax allocation factors for each scenario to ensure that net fiscal impacts to the City and County would be equalized at buildout of the SPPA under each scenario. The preliminary property tax allocation factors resulted in detailed discussions between City and County staff regarding project feasibility, governance structure, and tax-sharing solutions. Additional sensitivity tests also evaluated the fiscal impacts to each entity based on various stages of buildout and various points in time when annexation would occur. 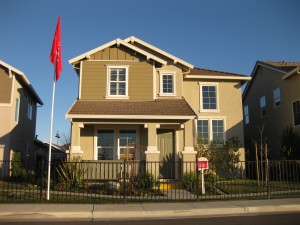 The West Village project comprises 1,700 residential units, a 45,000 square foot mixed use center with office and retail space, and additional public land uses in the City of Davis. GCG prepared a fiscal analysis to quantify the impacts on the City of Davis, Yolo County, and UC Davis with the intent of assisting the potential service providers to decide who would provide each service, as well as how much each service was likely to cost. The comprehensive analysis included two scenarios, one which considered the fiscal impacts to the three service providers assuming that West Village would remain in the unincorporated county, and the other which assumed the project would annex to the City of Davis. GCG also updated the analysis to incorporate revised labor agreement provisions to ensure that an accurate estimate of future salary and benefit costs were reflected in the fiscal analysis.